* This article appeared in the European fashion magazine VERY, 2011 *

So basic in our life needs, yet so complex in fulfilment of any satisfactory standard, water is an all-embracing subject. Perhaps only by addressing our whole lifestyle and approach to it, can we fully do this justice.

Because, it is really all about our system of life … do we flush and forget, can we leave a tap running … are we even aware of the implications of these and our other actions ? Many assume water is just another one of those products or services for which we pay the price and that ends our responsibility. Actually, nothing we purchase can be like this. Least of all water, or food, or energy or even … fashion come to that. What is the real price ? Something that wears out or becomes unfashionable within a year (but most often produced at huge environmental and terrible social cost in a distant sweat shop), or something made to the highest quality and timeless style by a local artisan, that you can pass on to your children, where both the benefits and costs are locally apparent? 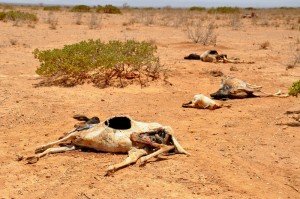 The spectre of drought – a largely man made phenomenon (Oxfam International)

On a finite planet with growing populations and expectations, there has to be a point where the resources available, especially water, no longer meet demand; we all need take responsibility for consequences here. For some, environmental awareness is a remote issue, perhaps just worrying about the quality of air they breathe or water they drink; actually just selfish considerations. It is when you start worrying about similar issues on other people’s behalf, preferably on the other side of the planet, that your consciousness starts taking on meaning, more so if you act on such sentiments.

In the arid regions of the world water scarcity arrived generations ago. The effects are self-evident – horrific standards of living, poor health, hunger, repression of women; circumstances alien to us living in the privileged world. Yet, water scarcity stalks us here. Whether you are a prosperous Westerner whose water company announces that they are banning garden hoses because of shortages, or an African who is at their last gasp because their water hole is dry – there will be a remarkable similarity between the causes (and solutions) here, even if the effects are much more extreme for the African.

Water shortages arise for many reasons, usually interconnected and the result of long term societal changes, primarily population growth and disruption of the ecosystem beyond the point that the system can cope. Symptomatic of most cultural systems associated with our species since the dawn of recorded time. Like a record or cd that keeps getting stuck on a particular song, it seems many civilisations get to a point – where they have degraded their environments, their soil, their forests, then decline amidst water shortages, floods, loss of natural wealth, financial collapse and wars … all sounds rather familiar, and its global now. Maybe we can finally move the record on to a new song this time?

So, for those historically arid regions we need understand how this situation arose and examine our own local environments to see if similar effects are underway. It seems they are – the single biggest cause of water shortage (and flood) in Europe, and elsewhere, is the way we manage our landscapes. Over a half century of chemical farming and draining of land has in many areas destroyed the soil’s ability to capture and store rain water. At the end of World War II, we switched from explosives & nerve gas development into chemical fertiliser & pesticide manufacture and started waging war on our soil (and water). Continuing the exploitative, short term practices of those former civilisations who aridified the lands out of the Fertile Crescent, from the Sahara to the Gobi deserts, by deforestation, overgrazing, eradication of keystone species and so on.

It seems our ‘leaders’ nearly always thus fail us; just looking for the short term reward it seems; but isn’t this also simply our human nature? It is time we recognised our true potential with a longer term view, we are the ultimate ‘keystone species’, here really to look after the planet, and each other, before we lose it all.  And furthermore, take some responsibility here, if we want a better environment around us, we cannot just leave this to others. 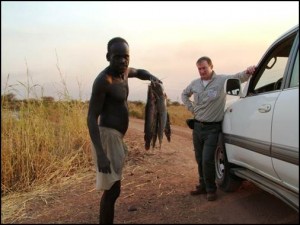 There is much hope – for better environmental management and in turn water. From rainwater harvesting in arid regions (holding rainfall and infiltrating into the soil with trees, ponds and swales), that after only a few years can restore degraded land into a very productive resource, to legitimate biological farming methods that can better retain water in the landscape by taking atmospheric CO2 to create humus while producing more nutritious food crops and other related wetland techniques that use plants for cleaning waste water more effectively.

In the UK, since pre-history we have gone from 25% land area covered by wetlands to now less than 2%, no wonder we swing from flood to drought. The simple concept of ‘Making Space for Water’ is now a government policy here. Recent EU legislation, the Water Framework Directive, calls for a return to ‘good ecological status’ for all surface waters, aiming for a ‘pre-human intervention standard’. What a great challenge – impossible ? No not at all, maybe the only feasible approach; as this is a diktat to put our whole ecosystem in order, and maybe, our wider society too. 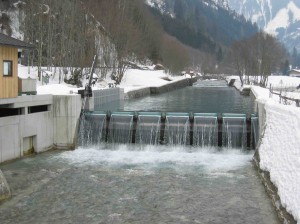 But who likes diktats – we should do this because it is the best approach, specifically the most economic and productive approach. The main issue right now it appears to be our collapsing economy – that potentially impinges on everything including water. There is the potential to turn this problem into an extraordinary opportunity; a new ‘blueprint’ for our economy based on appropriate, natural principles, where getting water management correct also benefits our food & energy production as well as pretty much everything else.

We have achieved incredible things with our technological advances – but still not put the world to rights. That whole ‘greed is good’ ethos that seemed to drive the past few decades of incredible growth turns out to be a busted flush, in every sense. We’ve tried centrally planned economies – a recipe for banality and poor productivity. Just ‘looking after water’ might be the key we’ve been looking for, an ethic that can bind all cultural divisions and individual interests with those of the wider environment, to the greater benefit of all.

There’s no denying the dangers of ever more precipitous levels of atmospheric CO2, but we need to develop a more adult view of ‘climate change’. More honesty is required in addressing climate change impacts, notably flood & drought, at a local level, we cannot leave this to remote bureaucrats. What works, for example in India as a rainwater harvesting system, can be applied to a European landscape as a cheap flood control system, that also protects against drought and can also dramatically boost food productivity by enabling irrigation & energy with small scale hydropower and so on. 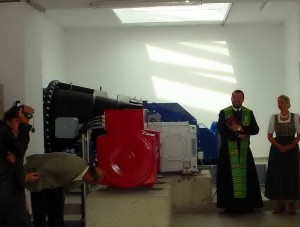 Hydropower, sensible use of natures gifts providing benefits for all over many decades (Ossberger)

There is much we can do to improve global water resources. Ignorance of these techniques and assumptions that we need persist with many of our problems is one of the biggest hurdles to overcome. The future looks great, providing we can wake up and learn how to look after our environment and its lifeblood – water.  Recognizing the very different system, or lifestyle, that can arise around this. Of abundance, where everyone is safe and taken care of, in turn caring for each other.

Julian Jones volunteers for Water21 which follows Agenda 21 principles arising from the Rio Earth conference nearly 20 years ago. Promoting a mostly traditional approach to the environment, combined with best new technology, formalising community activism based on indigenous knowledge. Using safe and economically viable methods of water management, which lead into abundance and are universally appropriate. Previously married to Waris Dirie, he worked for many years with the late Isabella Blow.