Dawn to Dusk – A day on a community supported farm. A look at the methods and benefits of a community supported farm, where organic methods are used and wider damage to the environment is negligible. With rainwater stored on the farm to enable irrigation to increase crop yields and variety, with a special emphasis on maintaining soil quality. Produced by Saffron Knight and Julian Jones of Water21 for the Biodynamic Association (BDA).

SMALLSCALE HYDROPOWER – PART V. How can the redevelopment of smallscale hydropower on our rivers provide us with large quantities of inexpensive, sustainable energy, clean and biodiverse rivers, while helping to prevent both floods and droughts? Produced by VERY magazine. 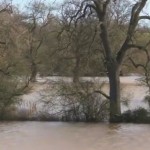 FLOOD & DROUGHT – PART II. A Water21 co-produced film (with VERY magazine) about one of the main causes of flooding in the UK. September 2014 (7 mins). 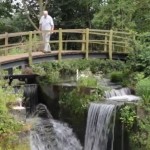 FLOOD & DROUGHT – PART I. A Water21 co-produced film (with VERY magazine) about the seemingly paradoxical phenomenon of droughts accompanying floods in the UK, and some of the solutions and opportunities available. September 2014 (7 mins). 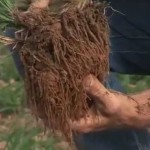 A Water21 co-produced film about “carbon farming” in Australia. Made in 2009 (46 mins). Please click here to view (off site)

Julian Jones of Water21 co-presented, produced, and co-funded the BBC programme Don’t Go Near the Water with the late singer Kirsty MacColl in June 1991, and built the UK’s first full domestic sustainable urban drainage system (SUDS—rainwater, grey-water and sewage water recycling system) for the purpose. NOTE: The gravel planting medium used for planting reeds at Kirsty’s home slowly became less efficient after only a few years of use, while the soil-based reedbeds at ICI (built by Dr Lucian Gill of Oceans-ESU) continued to work efficiently, with an indefinite estimated lifetime for treating highly toxic effluent. 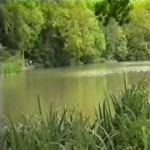 A video made in 1989 by Julian Jones of Water21 examining the reasons for the lack of fish in Stroud’s watercourses, and proposing some of the solutions, such as reed-beds and small-scale hydropower schemes (11 mins). Please click here to view (off site)